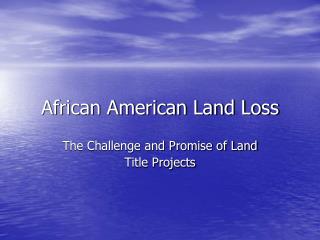 African American Land Loss. The Challenge and Promise of Land Title Projects. Lawyers Committee for Civil Rights Under Law Community Development Project. The committee was formed in 1963 – at the request of President Kennedy