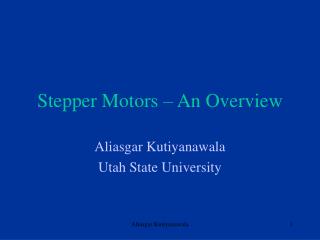 Chapter 9 - . actuators. workhorses of the system. objectives. describe the construction and operation of basic hydraulic

general motors autonomy (skateboard) - ... vision of what the future of auto-mobility may become and as such offers ...

Lecture 8: Motors and Actuators - . working at the boundary between ee/cse/epe, mechanical and materials engineering.

ERP / SAP Overview - . objectives. the participants will be able to: recognize the evolution of erp solutions. appraise