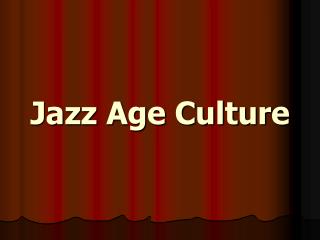 Jazz Age Culture. Prohibition Era. 1920 – 1933 With passage of the 18 th Amendment, it became illegal to manufacture, transport, or sell alcoholic beverages in the US Prohibition led to a dramatic increase in crime and decrease in tax revenue