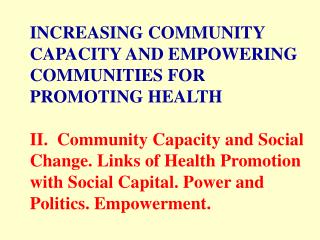 Community Approaches for Health and Measuring Community Capacity - The context. sc is a partner on the usaid-funded

Building Capacity for Community Change - . community:. a group of people who share a common place, experience or