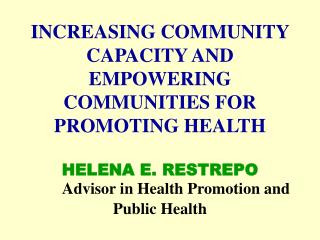 Community Approaches for Health and Measuring Community Capacity - The context. sc is a partner on the usaid-funded