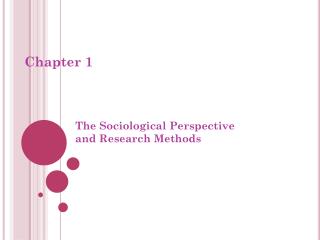 Chapter 1. The Sociological Perspective and Research Methods. Have you ever wondered…. About the structure and organization of society? How all the “pieces” of society fit together? What makes society “function”? What causes it to be “dysfunctional”?