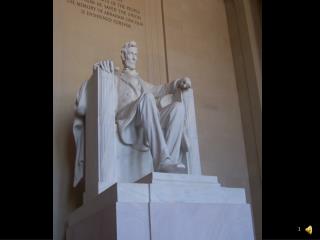 Lincoln Memorial - . where is the lincoln memorial. capitol building. what is the address of the white house ?.