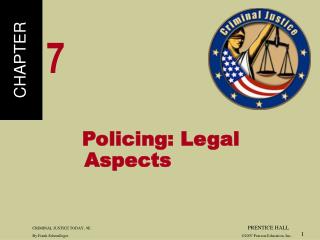 CHAPTER. 7. Policing: Legal Aspects. No one is above the law…not even the police. Policing: Legal Environment. Restraints on police behavior: Help to ensure individual freedoms. Must be balanced against the need for police to effectively do their jobs.