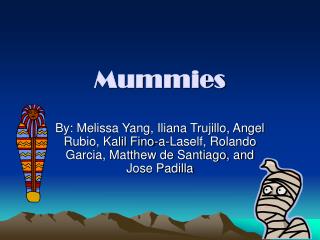 Mummies - . f rom wait until dark by j.b. stamper. it had sounded like such a good idea-staying overnight in the museum.

Mummies - . what are they really ?. what do we know about mummies?. mummy facts. when a body is mummified, it is