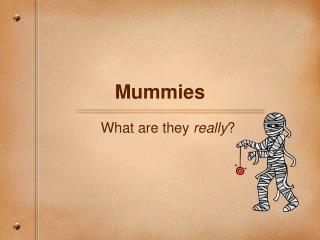 Mummies. What are they really ?. What do we know about mummies?. Mummy Facts. When a body is mummified, it is preserved so that the bacteria and fungi cannot grow. Mummies still have some of their soft tissue. Mummies last for so long, that we still have mummies today from ancient Egypt!. Mummies - . f rom wait until dark by j.b. stamper. it had sounded like such a good idea-staying overnight in the museum.