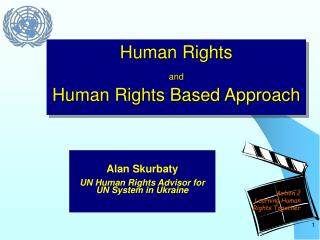 Street Law Review - . chapters 1-6. the study of law. what is jurisprudence?. true or false? the universal declaration of

ACFID Disability-Inclusive Development - . human rights and quality of life. what are rights and how do they shape