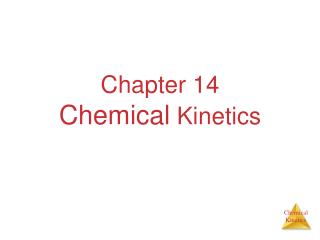 Chapter 14 Chemical Kinetics. Kinetics. Studies the rate at which a chemical process occurs. Besides information about the speed at which reactions occur, kinetics also sheds light on the reaction mechanism (exactly how the reaction occurs). Factors That Affect Reaction Rates.