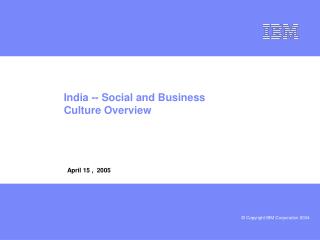 Social Affects and Culture - . women and the depression. women provided 11.7% of the workforce in 1930 women begin to

10 Social Intelligence and Culture - . social environment it is critical for the biological success of many species. it

Culture change - overview - . culture is always changing. discoveries and inventions do not necessarily lead to change