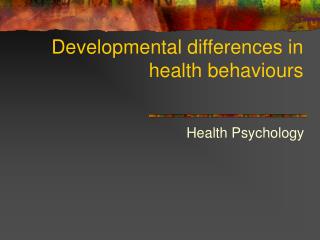 The health of a panda - . about a panda. panda’s teeth. they have 20 teeth .when panda’s eat, it cleans there teeth

Models for Program Planning in Health Promotion - . hsc 489. presentation overview. the purpose of theories and models

Health and Human Development UNIT 1 Ms Mena - . this lesson will cover the following: introduction and formalising