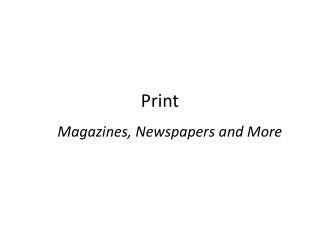 Print - . printing has been around for 3000 years. during this time it has refined to have many different ways to do the

Print Magic- Women Print Pants - If you are looking something really comfortable, then this one really needs and entrance

Print Design Templates - Print Designs - Whether you are looking for business stationery or wedding stationery, we have a

Print Beauty - Printing techniques are a designer's best friend. knowing the range of techniques and how you could

PRINT MAKING - . printmaking. began in china around 105 a.d. became popular in europe in the 15th century (when paper was

Custom Wall-Paper - Chameleon Print Group - We custom wall-paper. use your own images, your own ideas, your own photos