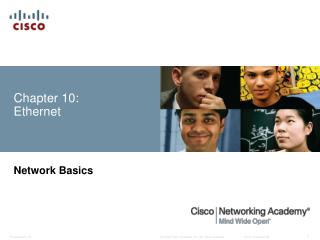 Chapter 10: The Traditional Approach to Design - . systems analysis and design in a changing world, 3 rd edition.

Ethernet - . ccna exploration semester 1 chapter 9. learning objectives. how did ethernet evolve what are the purposes of

Using &amp; Offering Wholesale Ethernet - “when verizon went out of our in-franchise market, it was an act of god

Introduction to Networking Chapter 10 - . learn how to…. define the term networking and list three critical components.