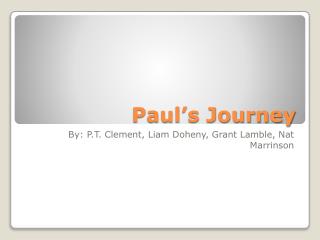 Journey Across the Lifespan - . theories of growth and development text source:: journey across the life span: health

EMBARKING ON THE JOURNEY TO CONTRIBUTORSHIP - . project goal. to study about how people (contributor) embarking on the

Book Journey Through Literary Terms Continue - . the journey. you are about to begin the exciting journey of publishing a

Set the Journey - . a strategy development process for the local church. set the journey. “. . . you have stayed long