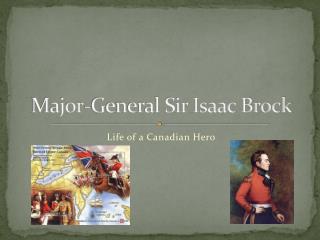 Major-General Sir Isaac Brock. Life of a Canadian Hero. Life in the Beginning. Isaac Brock was born in St Peter Port on The Channel island of Guernsey . Brock was the 8 th son of a middle class family. He excelled in his education, boxing and swimming. General-Major Isaac Brock The War of 1812 - . a military officer compared to no other. childhood to

Sir Isaac - . newton. “nature and nature's laws lay hid in night god said ‘let newton be!’ and all was light.” -

Sir Isaac Newton - . law of gravitation. what really happened with the