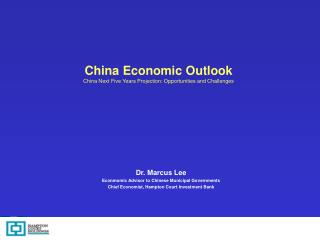 China: Five Years and Beyond in Space - . space is the “focal point for advanced science and technology” drives

China — India Cooperation and Opportunities - . overview of chinese economy prospects of china in next five years