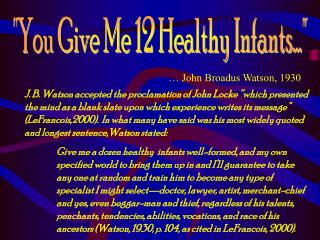 Obesity in Kids ??? Healthy Living by Fitwits and Elvis Pretzl - Healthy eating and a basic understanding of the

Evidence-Based Practices for Promoting Literacy Development of Infants, Toddlers, and Preschoolers - . adaptations for

Early Literacy in Infants and Toddlers - . idaho association for the education of young children regional conference

Healthy Homes - . from “help yourself to a healthy home” by the u.s. department of housing and urban development.

Healthy Schools = Healthy Kids = Learning Better OR What is the relationship between school health policy and learning?