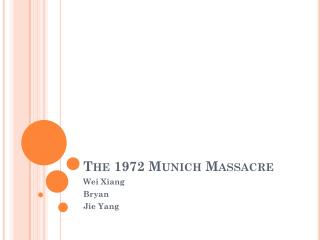 Trend Presentation: Mobile Future 2020 - I keynote i gave at the m-days conference in munich in january 2010.

Dissent in America - . roger williams and the narragansetts. the trial of anne hutchinson, 1636. mary dyer on her way to

The Battle of Coleto Creek and Massacre at Goliad - . chapter 10 section 3. the goliad campaign: summary. troops from the

The Anatomy of a Gamer - Kurt d. squire constance a. steinkuehler university of wisconsin–madison 1972 zork 1977 pac

Olympic best - Our top photos from the rio

Boston Massacre - . taxes britain sent troops to colonies troops were there to be sure colonists paid the taxes colonists