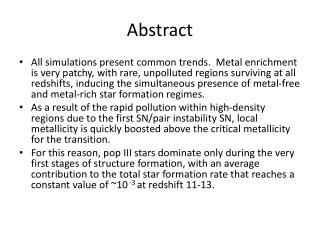 Stacks - . outline. 3.2. this topic discusses the concept of a stack: description of an abstract stack list applications

How to write an abstract - . steve wallace. the problem with motivation as a researcher. why computer games? - tell our

Abstract Syntax - . cmsc cs431. abstract syntax trees. so far a parser traces the derivation of a sequence of tokens the

Montessori Education - . how do students in montessori classrooms learn differently than students in traditional