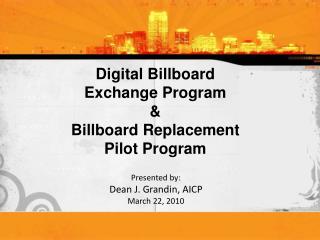 CESSNA 172-R Pilot Familiarization - . presented by silver express. purpose. to provide our customers with a standardized

The WINGS Pilot Proficiency Program - . what it is and how it works. is the wings program easy or hard?. it is as easy as

An Oncology Exchange Activity - . prior to the start of the program, please check your syllabus to ensure you have the

Program Slicing - . the material in these slides have been taken from a number of papers, including frank tip's