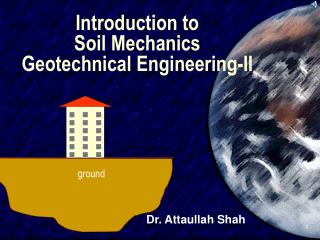 Introduction to Soil Mechanics - . according to terzaghi (1948): “soil mechanics is the application of laws of

Classification of Soils - . introduction to agriculture. what will we learn today?. how do we classify soils? what is a