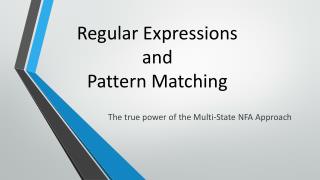 To Enagic’s KANGEN WATER TM and the TRUE Power of Water for the Benefit of All - . welcome. change your water ….

Multi-Year Tariffs - . in the power sector in india so far (august 2003). why a multi-year framework (myt or mytp) for

The Power of Thermodynamics in the Characterization of Materials - . zeki y. al-saigh department of chemistry buffalo

Why Do They Call It Wireless? Behind the Radios in Multi-Radio Contest Stations - . by contest station builders worldwide