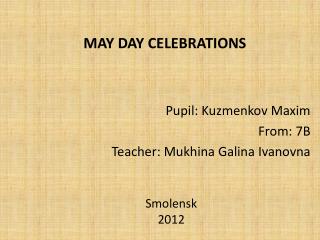 Unit 3 Overview - . in this unit we will talk in spanish about… - past times, leisure activities and sports -

DUSSEHRA - . navaratri celebrations. durga puja. in some parts of india this festival is also celebrated as ‘dugra

ALL SAINTS DAY - . celebrations. all saints day. why is this day special?. we celebrate all christian saints known and

Informal GAA Information Session August 2010 - . celebrations from 2009-2010 what do the scores mean? gaa scores in