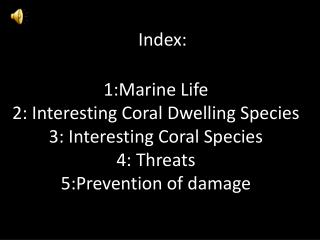 Indices - . location of an index. an index is a little number high and to the right of a regular or base number. index.

Indexes - . what are indexes?. database (print or electronic) to identify articles (and sometimes reports, dissertations,

Index - . the esprinet group the market in italy in spain the business model esprinet product marketing the sales force

Indices - . chapter 1 2014 – year 10 mathematical methods. review of index laws. some numbers can be written in

The Index for Inclusion - . why have an index forum?. purpose to offer regular opportunities to discuss school

Index by Weeks - . week 1 - day 1. my cousins went two the fairway supermarket for some fruit to she has knowed her