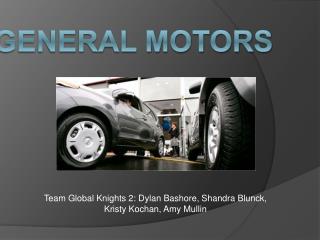 Pension Accounting and the Case of General Motors - . thursday, september 6, 2007. by the end of today’s lecture, you