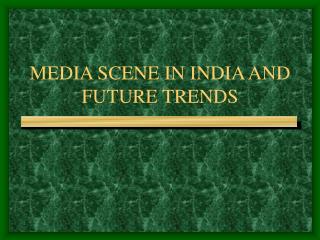 The Australian Communities Environmental Scan: How to Future-Proof Communities - These are the shared results of the

Social Media Marketing Trends 2015. - This presentation is about the social media marketing trends to watch out for in

Preparing for the Future: Current trends, occupational therapy and the role of the Canadian Association of Occupationa