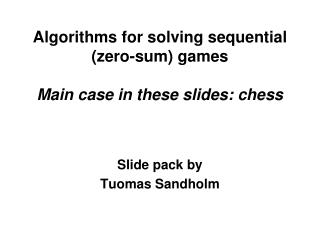 CHESS - . basics for beginners. board set-up the letters go across the board in front of you. “white on right!” each

Lecture #8 - . recursion how to design an object oriented program. recursion!. writing a computer program that can play