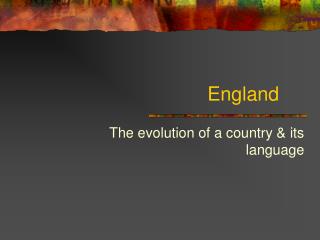 England - . history. england used to be connected to ireland and europe/asia about 10,000 years ago around 2500 bc, the

England - By emily. england. sports. many sports are played in england. a major sport is called rugby. people in england

england - It a powerpoint about

England - . wars of the roses lead to tudors taking throne of england richard iii &amp; henry vii 2 princes of the

ENGLAND - . made by y. vitko , 7 “a”. london. london is the capital city of england and the united kingdom.

England - . by bailey. the flag. the england flag the uk flag. a few facts you should know. capital: london

England - . and. school punishment. few rounds with cane. ?. or. hen-pecked on the head. move the just over a century

ENGLAND - . absolutism in england. fall of the roman empire. kingdom of england falls in and out of power between several