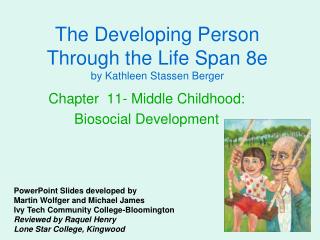 Chapter 9 - . lifespan development. developmental psychology. what shapes the way we change over time? focus on