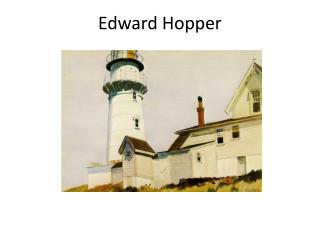 Cape Cod Evening by: Edward Hopper - . subject matter: write what the painting is about and what is shown in the picture.

Inspector Hopper - . spelling. ~ look at each word. ~ find the word that is spelled correctly. ~ spell the word together.

1- Openings 14 - . many artists, crafts people &amp; designers are fascinated by openings and their viewpoints these