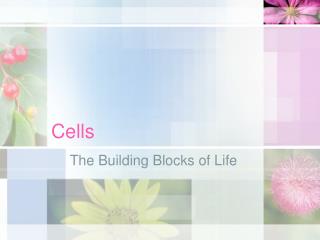 Cells. The Building Blocks of Life. The cell is the structural and functional unit of all known living organisms. It is the simplest unit of an organism that is classified as living, and is sometimes called the "building block of life.". Some organisms, such as bacteria, are unicellular