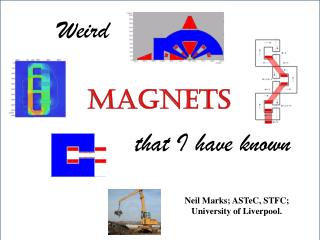 Weird. that I have known. MAGNETS. Neil Marks; ASTeC, STFC; University of Liverpool. A brief survey of the more ‘unusual’ magnets that I have worked on in the last 50 years. And acknowledging the many colleagues, without whom the projects would not have been possible. Tuning up!. Weird Genetics - . mutations. a change in genetic information. can occur randomly (naturally) or can be deliberately

Weird Genetics - . what happens if there is a mistake in the order of the bases on the protein ?. mutations. a change in

Weird Diseases - . by: shelby dupler. vampire disease: pain from the

Weird fish - Illustrate by temaia newport . weird fish . skull fish bonefish. are you sure you want to go to the deep

WEIRD HOUSES - . there was an old lady who lived in a shoe. of course you can’t believe it , because it is just a