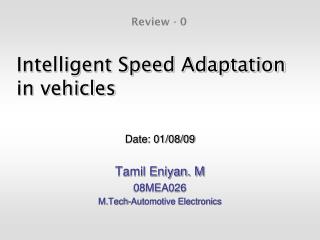 Commercial Vehicle - . program overview. what do we write?. farmers has elected to pursue three major groups of vehicles

Adaptation - To change to your environment: to develop physical and behavior characteristics that allow organisms to

A High-Speed Sliding-Mode Observer for the Sensorless Speed Control of a PMSM - . student: tai-rong lai professor:

The Constant Speed Propeller - Introduction. describe how power is controlled with a constant speed propellerdescribe how

Chapter 3: Position, Speed and Velocity - . 3.1 space and position 3.2 graphs of speed and velocity 3.3 working with

Studying Adaptation - . evolutionary analysis of form and function ch. 9. analysis of adaptation. a trait, or integrated