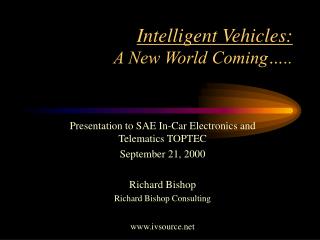 Emergency Vehicles - . first we had to make a plan of how we were going to build the emergency vehicle. we drew a picture

Vehicles - . if a vehicle is being pulled from service, don’t park it until you have approval and money to replace it,