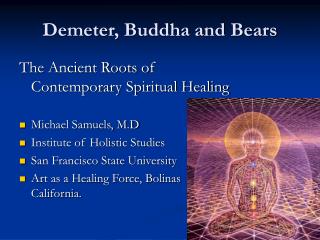 Are you a Real Buddhist? - . two types of buddhists : nominal – a person who claims to be a buddhist, but does not

The Case of the Three Bears’ Breakfast - . lesson 10 day 3. question of the day. one reason to share knowledge with

Diety Concepts of the Divine &amp; ultimate reality - . in a two-tiered view of reality; the divine &amp; the

3 BEARS JIVE - . stefanie britton jarrett branch. speaking voice:. once upon a time in a nursery rhyme there were three