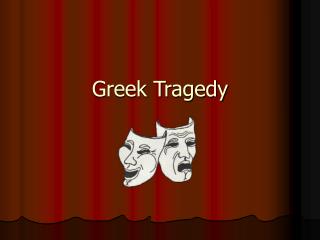 Greek Tragedy. Aristotle’s definition. Aristotle defines tragedy as “the imitation of an action which is serious, complete, of a certain magnitude, couched in poetic language. It should be dramatic, with incidents arousing pity and fear, which bring about a purgation of these emotions.”

The Tragedy of King Richard II - . day one engl 305 dr. fike. outline. day one : questions for day two (on course