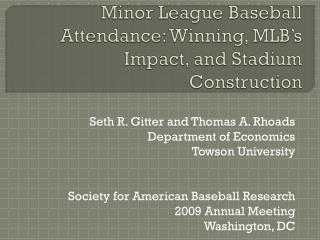 All American Girls Professional Baseball League - . phillip wrigley- the founder of the

Bandits Minor League Baseball - . by: andrew hildebrand. menu across the top. drop down menu will also be available to