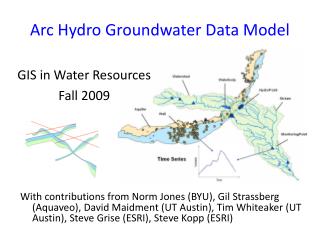 Arc Hydro River - . here is what i was thinking at the start of this meeting. geography. applications. channel shape.

Arc Hydro: GIS for Water Resources - . david r. maidment, university of texas at austin. why should the corps of

Arc Hydrology Data Model - . an overview of the modeling process kim davis and tim whiteaker center for research in water