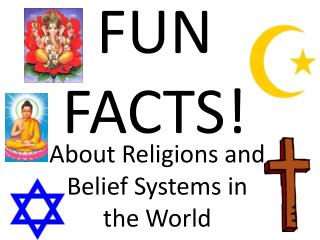 FUN FACTS!. About Religions and Belief Systems in the World. Buddhism currently has about 376 million followers and is generally listed as the world's fourth largest religion after Christianity, Islam and Hinduism. It was founded in Northern India by Siddhartha Gautama (circa 563 to 460 BCE).

Worm Facts - How do they work?. worm types. worm facts. effects. fixing it. how big a problem is it?. tech and society.

Facts About H1N1 Influenza - What you can do to stay healthy. federal &amp; state officials are investigating an

Many Fun Facts About Beret Hats - Beret hats are a fun and innovative ways of styling. there are so many fun facts about