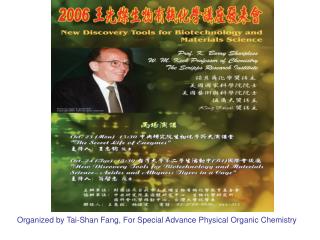 What is a Database? - . a collection of organized information on a particular subject. it is organized so that queries

Alpha shapes - . reporter: lincong fang 10th jan, 2007. what is the shape?. what are alpha shapes?. alpha controls the

SMT and Its Application in Software Verification (Part II) - . yu-fang chen iis, academia sinica based on the slides of