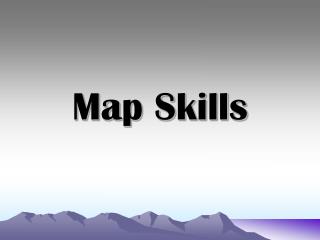 Map Skills What is a map? A map is a representation, usually on a flat surface, of the features of an area of the earth or a portion of the heavens, showing them in their respective forms, sizes, and relationships according to some convention of representation. Now what does that mean?

Welcome to Week 8: From Communication to Social Skills - . [ to bobby ] “you don't have what they call &quot;the

Peer Pressure and Refusal Skills - . your friends are trying to persuade you to go to a party, but you aren’t sure