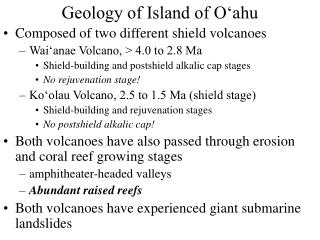 Geology of Island of O‘ahu

Geology of Island of O‘ahu

Geology Facts - . sol 4 the student will investigate and understand how to identify major rock forming and ore minerals

If your name was changed at Ellis Island - . facts from ellen levine. compliments of t. atkins. what was ellis island?.