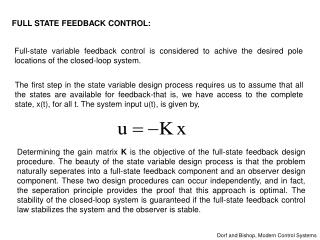 11. Stability of Closed-Loop Control Systems - . in this chapter, we analyze the stability characteristics of closed-loop

Dorf and Bishop, Modern Control Systems - Where and . the state variable compensator with the reference input is