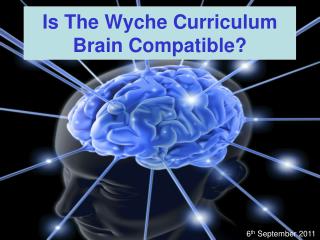 Is The Wyche Curriculum Brain Compatible?

Is The Wyche Curriculum Brain Compatible?

The Case for Brain Based Learning in the Classroom - . how the brain sets the stage for student learning and motivation

The Brain - . the story of phineas gage how his tragic story lead to new scientific discoveries about the human brain!!

How the Arts Develop the Brain and Contribute to Learning for ALL Young Children - Get smart with art. how the arts

Right Brain Vs Left Brain - . what are the differences? how can they help you draw? . 3 main parts of the human brain.

Brain-Based Learning Activities &amp; Their Implications in the Classroom - . brain study.... if you can read this

Learning Disabilities and Practical Information: Based on the Book “How the Learning Needs Brain Learns” by David