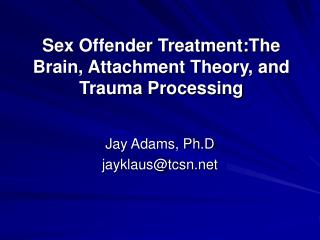 CHAPTER 14 ATTACHMENT AND SOCIAL RELATIONSHIPS - . learning objectives. how do relationships with others contribute to

Creating Emotional Safety - . in the classroom. objectives. understand the connection between emotional safety and the

Trauma-Informed Care - . deborah borne, msw, md. getting to know you. our goals. expose you to the concept and principles

Thoracic and Abdominal Trauma - . jami windhorn rn bsn cpn tncc enpc. i have nothing to disclose i have no conflict of