The Revival of the Ancient Olympics - PowerPoint PPT Presentation 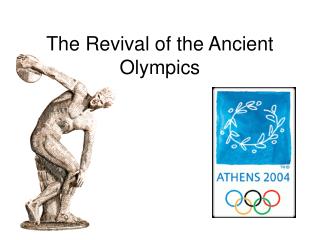 The Revival of the Ancient Olympics

The Revival of the Ancient Olympics