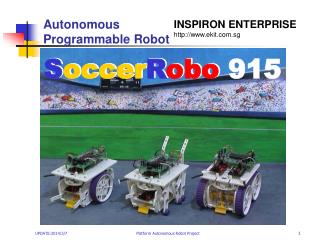 WHAT’S IN IT FOR ME ? - . what is the iet and what’s in it for you?. electrical structural electronic mechanical

New River Kinematics (NRK) - . created in 1994 with the focus of advanced robotic simulation and control spatial

Grassroots Soccer - . all football which is non-professional and non-elite is defined as grassroots (all children’s